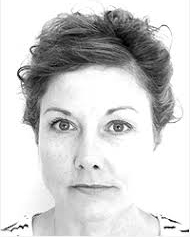 As well as working as a Theatre & Performance Designer, Fred is a Senior Lecturer, and a researcher & scenographer.

Fred received an Arts Council Design Bursary and work has involved designing for spaces that include an disused hospital, a derelict Jam Factory, a mortuary, a disused brothel, Victorian Town Hall cellars, a supermarket distribution complex and traditional Theatre Buildings. Fred has Master Training in Lego Serious Play and her research uses this and other methodologies combined with theories of play and collaborative performance making from a phenomenological pedagogic perspective.

Fred has exhibited at The Prague Quadrennial in 1999 and 2003, winning the Golden Triga and was selected to exhibit at The World Stage Design in Toronto 2005, and has design work in the V&A Museum permanent collection. Other awards include The Jerwood Design award and a Year of the Artist award. She is a committee member of the Society of British Theatre Designers, a member of Serious Play Pro. Co-convenor of the Scenography working group at TaPRA (Theatre and Performance Research Association), a Fellow of The Arts Foundation, and a Fellow of the HEA.